Singer songwriter Adam Mcgrath (The Eastern) is nationally recognised” by both RNZ and the NZ Herald as, “A national treasure.  Adam presents ‘The Sit In’ – A unique and thoughtful way to translate the stories and yarns and experiences of Christchurch people into songs and music. The idea of ‘The Sit In’ is simple, gentle and proudly ground up in its scope. Adam would show up and ‘Sit In’, in various vacant spaces in locations around the city and simply chat to whoever showed up, walked past or sat down. Through those chats (often over cooker brewed coffee and tea) Adam drew stories out of his co conversationalists and used the inspiration as such for the basis of a suite of songs he will perform this March as “Songs From the Sit In”. 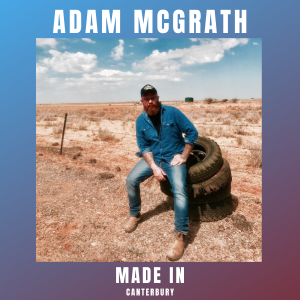