Amazing Grace is a 2018 concert film “realized and produced” by Alan Elliott. Originally screened at the ITR during the 2019 NZIFF, we are thrilled to be screening it once again in appreciation of the powerhouse that was Aretha Franklin.

It brilliantly captures a remarkable performer near the peak of her phenomenal power and is a must-watch documentary for not only Aretha Franklin fans, but anyone who is passionate about music.

Initially meant to be released in 1972, the film was delayed by technical difficulties and lawsuits until 2018, when, following Franklin’s death, her family agreed to release the film. It has received universal acclaim with Jordan Hoffman of The Guardian writing, “The film is almost wall-to-wall music, with Franklin barely acknowledging the audience between songs”. 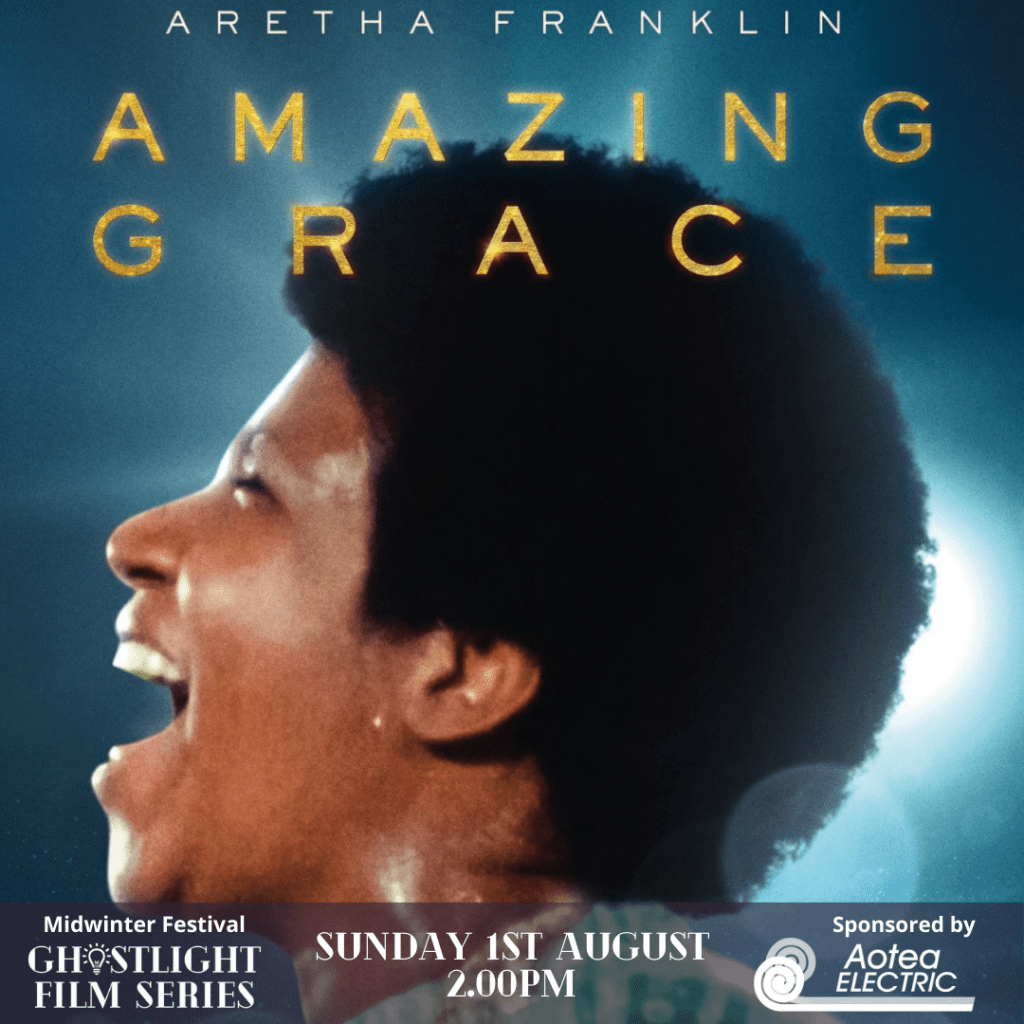