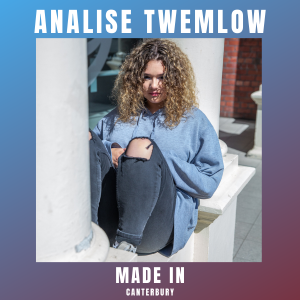 At only 17-years old, singer/songwriter Analise is already making a name for herself in the New Zealand music scene.Her single ‘Made in New Zealand’, co-written with Tiki Taane, gained commercial radio airtime. Described by reviewers as a “feel-good anthem for summer” and gained international attention with its success on Spotify.Analise’s soon-to-be released next single, ‘2am’, differs stylistically to her first, this time taking on a more indie-pop vibe. It’s catchy hooks will have you singing along before you know it.

Live performances are her passion and Analise’s energy and quirky sense of humour have been winning over audiences nationwide.