Due to the ongoing border restrictions related to the Covid19 pandemic the promoters of Aunty Donna regret to advise that the tour has had to be postponed until 2022.

Click the ‘RESCHEDULED’ button above to be directed to the new dates for this event. 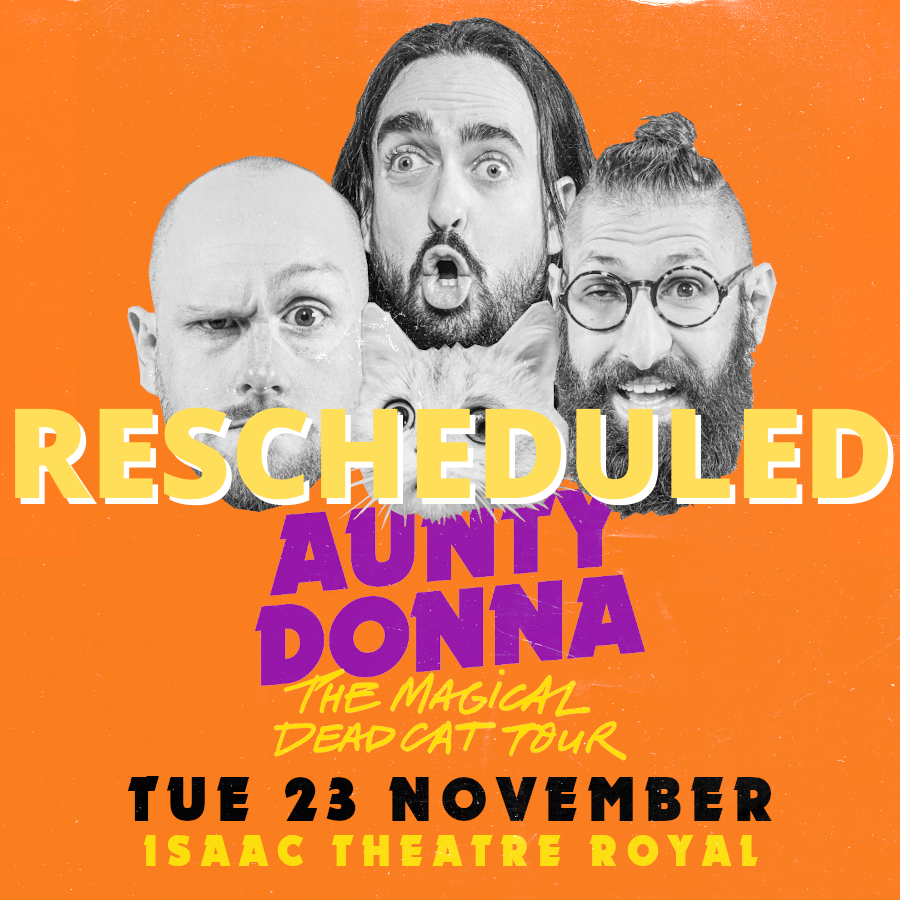