The Beastwars show scheduled at the ITR for 22nd August 2020 (original date), and 15 May 2021 (rescheduled date), has now been moved to Cassels Bluesmoke.

Wellington sludge metal titans Beastwars are celebrating the 10th anniversary of their iconic debut self-titled album with a nationwide tour headlining the largest venues of their career.

Tickets for Beastwars 10th Anniversary Tour are on sale now at Under The Radar with limited discounted early bird tickets on sale until GA release on Monday February 22nd.

*All tickets for the previously announced Isaac Theatre Royal show on May 15th are automatically valid for this show, or refunds can be requested from point of purchase. 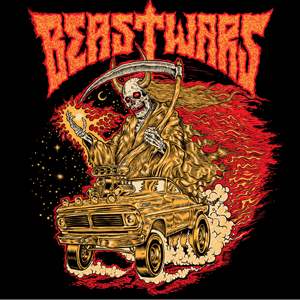