After the huge success and rave reviews for Brothers in Arms, Abbey Road and Live Rust from Come Together 2020, we are bringing you more!

In July as part 1 of 3 of our Album Concert Tours for 2021, the Come Together supergroup of kiwi artists and musicians will perform Goodbye Yellow Brick Road live in concert along with a bonus set of classic hits and deep cuts from Elton John’s golden 1970’s period.

In the early 1970’s, Elton was in top form.  With seven Top 40 singles in two years and, Don’t Shoot Me I’m Only the Piano Player, topping charts, Elton was reaching the peak of his career.  Goodbye Yellow Brick Road became even bigger with 30 million records sold

– arguably every 1970’s household in New Zealand had the album.

Opening with the compositional masterpiece ‘Funeral for a Friend/Love Lies Bleeding’ and followed by absolute classics, ‘Goodbye Yellow Brick Road’, ‘Candle in the Wind’, ‘Bennie & The Jets’ and the underrated gem ‘Harmony’ – there is a reason the album is consistently included on the list of greatest albums of all time. 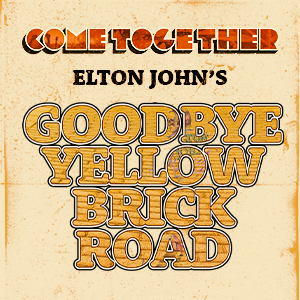