50 years ago in 1971, the Rolling Stones recorded what is arguably their greatest ever album. It was 500 days in the making and the wait was worth it.

To many fans, Sticky Fingers is the ultimate Rolling Stones album. From the instant party-starting riff of Brown Sugar to the elegantly wasted Wild Horses; the brassy sleaze of Bitch to the strung-out country-blues of Dead Flowers, the lean and dirty classic from 1971 has been THE benchmark album for aspiring rock’n’roll bands for generations.

Now, on the 50th anniversary of its historic launch to the top of the US and UK album charts, New Zealand’s finest musicians Come Together to bring Sticky Fingers back where it belongs: live on stage in the hands of a world-class rock band, backed up by a second set of Rolling Stones classics and deep cuts to place this peerless masterpiece in its rightful context. 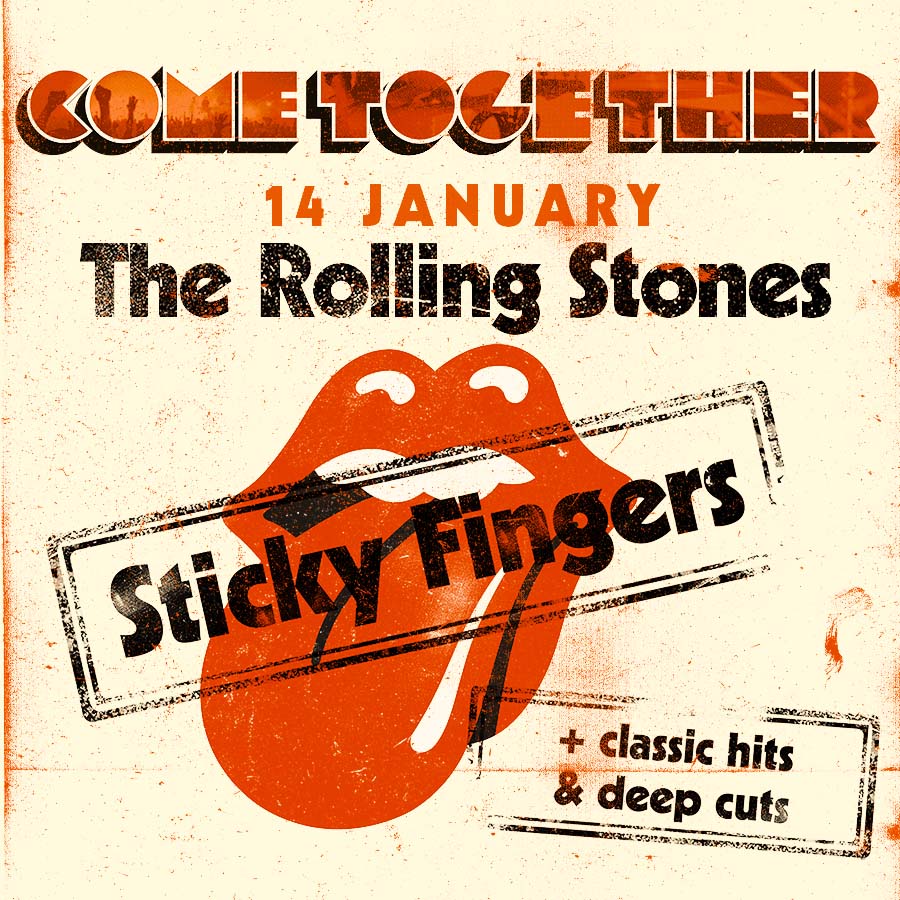