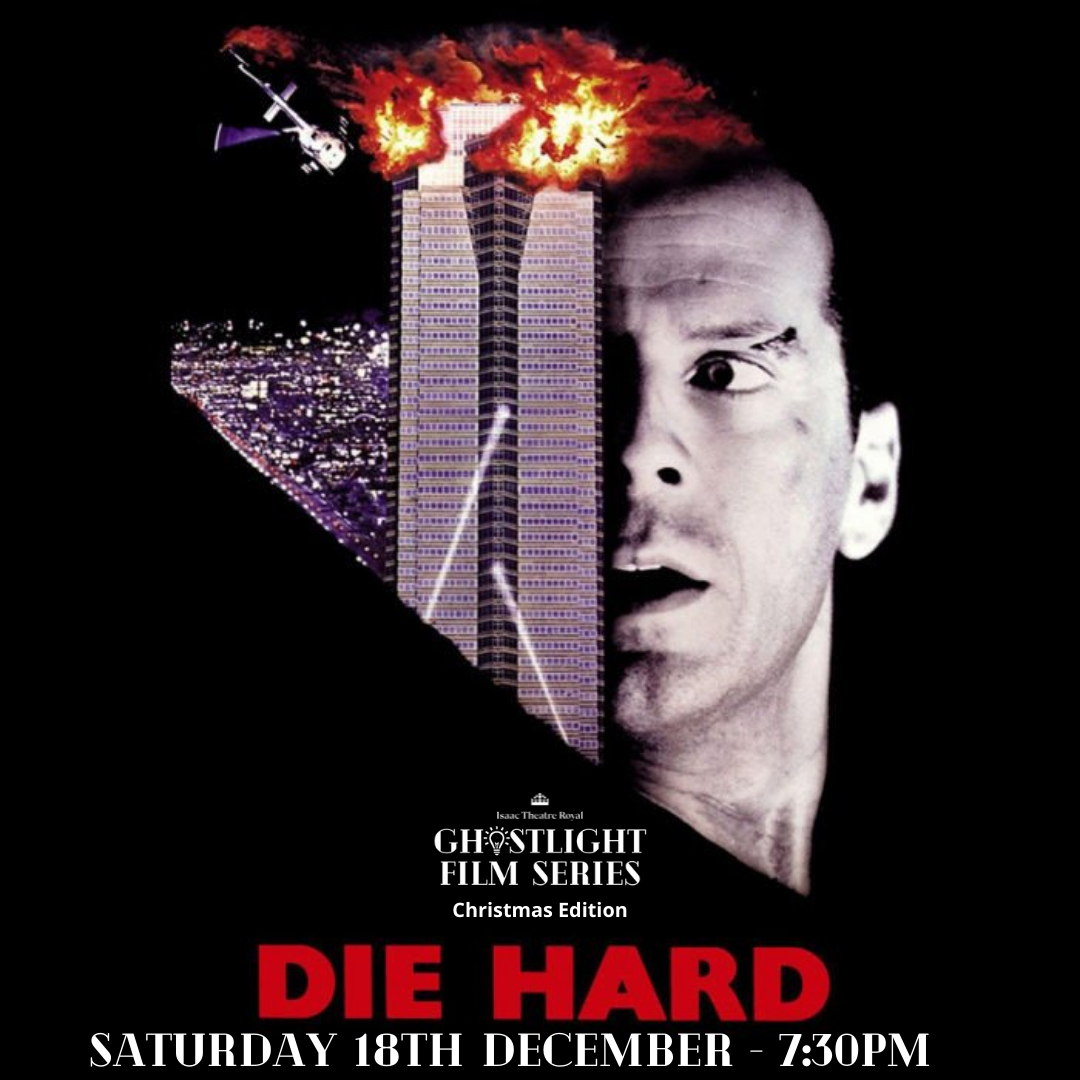 The silly season is upon us, and what better way to get into the Christmas spirit than joining us at The Isaac Theatre Royal for our Ghostlight Films: Christmas Edition. Our fourth film being screened is… Die Hard!

We know… that all-important annual question is bound to be asked at this time of year! “Is Die Hard a Christmas movie?!” Yes… yes it is. Starring Bruce Willis and Directed by Jon McTiernan. An NYPD officer tries to save his wife and several others taken hostage by German terrorists during a Christmas party at the Nakatomi Plaza in Los Angeles.