Live at the Isaac Theatre Royal

The legendary French chanson Edith Piaf was a global icon of resistance and triumph in the last years of her extraordinary life. Between 1955 and 1962, the Parisian theatre L’Olympia became her second home, where electrifying ovations greeted some of the greatest performances of her long, celebrated career.

L’Olympia witnessed the live debut of her signature song, Non, je ne regrette rien, and definitive recordings of some of her most stirring songs of love, joy and resilience, including Mon Dieu, La Vie en rose, L’Accordeoniste, Milord, La Foule and Padam Padam.

A fluent French speaker, Russian-born Yulia has explored the distinctive smoulder and brass of the Piaf catalogue over more than a decade, from a special engagement in Chambord Castle in France to the New Zealand Jazz and Blues Festival in Christchurch.

Piaf’s L’hymne a l’amour was among the many highlights of Into The West, Yulia’s chart-topping debut album of 2004. Her second, Montage, made her the first female vocalist in New Zealand to have two number one albums in a row, culminating in total sales of 6 x platinum.

Don’t miss this meeting across the ages, as one of our most inspired talents channels the great chanteuse performing at the peak of her powers: EDITH PIAF à L’Olympia à Paris.

Tickets on sale from TicketekNZ.

For those who have purchased tickets, please find below useful information to help you plan your visit.

We recommend arriving early to secure on street parking nearby and to allow for any security checks. 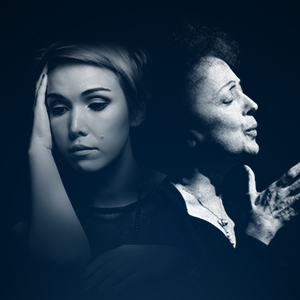