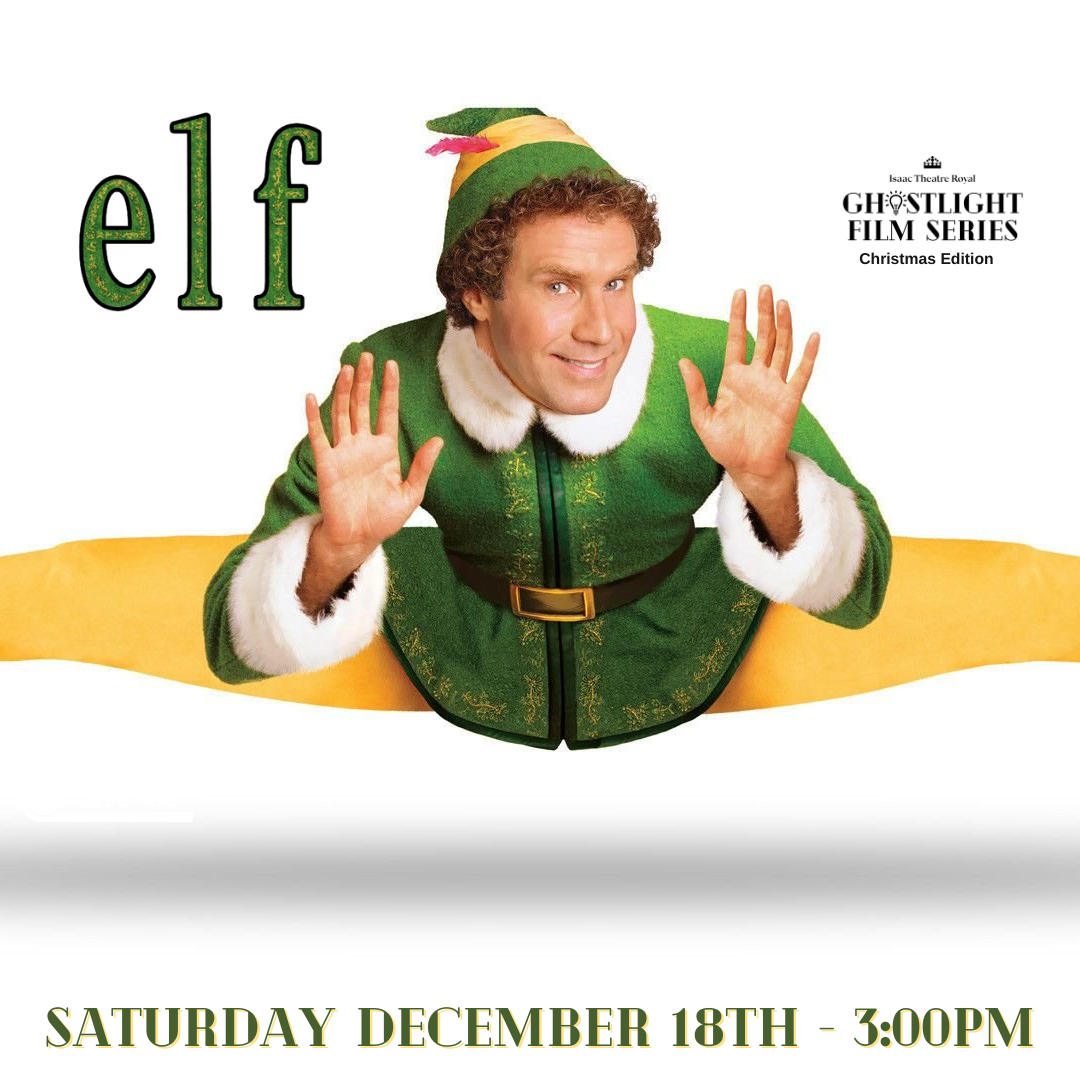 The silly season is upon us, and what better way to get into the Christmas spirit than joining us at The Isaac Theatre Royal for our Ghostlight Films: Christmas Edition. Our third film being screened is Elf!

The perfect mid-afternoon Christmas comedy starring Will Ferrell and directed by Jon Favreu.

Raised as an over-sized elf, Buddy – a human – travels from the North Pole to New York City to meet his biological father who doesn’t know he exists and is in desperate need of some Christmas spirit.

Buddy spreads Christmas cheer in world of cynics in the process!