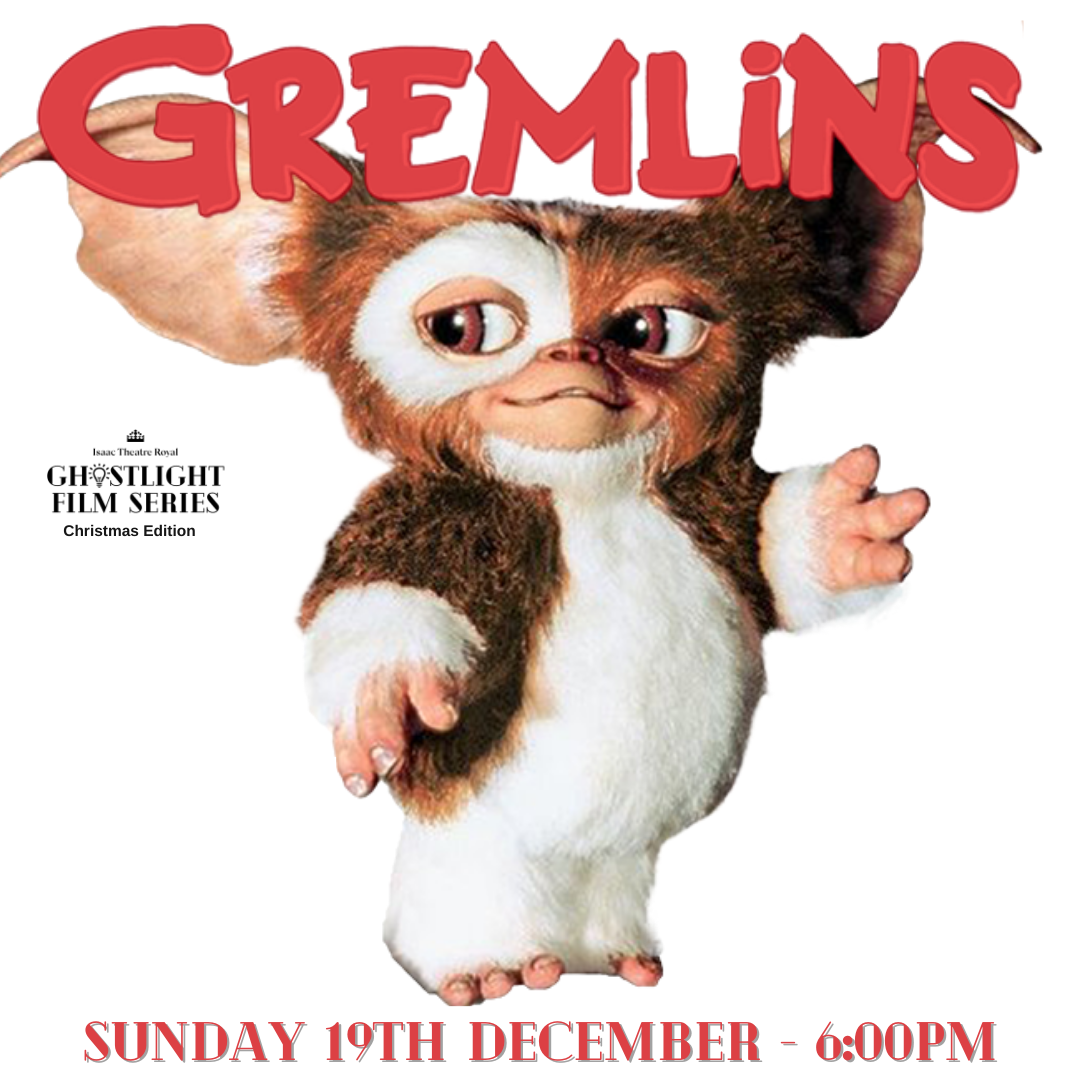 The silly season is upon us, and what better way to get into the Christmas spirit than joining us at The Isaac Theatre Royal for our Ghostlight Films: Christmas Edition. Our seventh and final film being screened is… Gremlins!

Gremlins is a 1984 American comedy horror film directed by Joe Dante and written by Chris Columbus. It draws on legends of folkloric mischievous creatures that cause malfunctions—”gremlins”—in the British Royal Air Force going back to World War II and stars Zach Galligan and Phoebe Cates, with Howie Mandel providing the voice of Gizmo, the main mogwai character.

The story follows a young man who receives a strange creature as a pet, which then spawns other creatures who transform into small, destructive, aggressive monsters that all wreak havoc on a whole town on Christmas Eve.