“Seek the treasure you value most dearly, and if you bow your head, let it be to a lofty mountain.”

This whakataukī, or Māori proverb is about perseverance and endurance, and is a central theme for Ōtautahi-born Kahurangi Bronsson-George’s show. Kahurangi created this show in his third year of the Circus and Dance course at Te Kāhui Auaha, Wellington, as a way of exploring his whakapapa, (lineage) his Māoritanga, (cultural customs) and combining Māori theatre with Circus arts. His inspiration was the show Maui: One Man Against the Gods, which came to the Isaac Theatre in 2006.

In a show that makes use of dynamic movement, storytelling, te reo Māori and projected imagery, Iti Kahurangi has been described as “visceral, heart-warming and important.”

Some scenes may frighten young children. 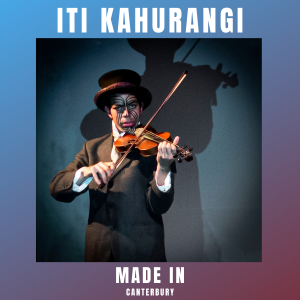