Kate Owen will bring her nous for song writing back to the stage this March.

Owens’s debut album, Not A Proper Girl released 13 March, 2020 was recorded with Ben Edwards (The Sitting Room, Lyttelton), and toured in October to critical acclaim.

A singer with a poetic, restrained intensity, Owen has been song-writing and performing for twenty years. Her sound ranges from stripped-back laments to 90’s pop anthems, with rich textures including synth and strings, and strong rhythmic pulses from live kits and drums machines.

Owen’s Not A Proper Girl has a sound that has been likened to PJ Harvey, Anna Calvi and Sharon Van Etten.

“Not a Proper Girl feels cohesive and coherent… She deserves to be heard and seen.”
– Graham Reid, Elsewhere

“Not a Proper Girl’ is a sophisticated, introspective and beautifully put together, and places Kate Owen on the map as an artist to watch.”
– NZ Musician 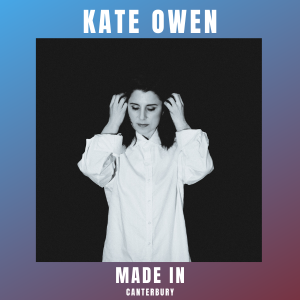