The ITR is working through the latest information from the Government for public events and mass gatherings. We will be updating our social media pages regularly as we have more details.

Thank you for your understanding.

Having performed in some of the most iconic venues around the world, multi-award winning performer Katherine Jenkins will perform in Christchurch in November.

This is a long awaited return for this much celebrated artist, who was last in Australia and New Zealand with Plácido Domingo performing arena shows in 2011. Britain’s best-selling classical artist of the past 25 years, who first came to public attention when she sang at Westminster Cathedral, honouring Pope John Paul II’s silver jubilee in 2003, will land in New Zealand in November.

“When I performed in Christchurch in 2011 with Placido Domingo, I always said I would return to see the city rebuilt and in a stronger place,” says Katherine Jenkins. “I already feel emotional and excited at the thought of singing there in November and meeting the incredibly inspirational people who helped put on the charity concert those years ago.”

Following on from the success of her debut album PREMIERE, which topped the classical charts for eight weeks in a row, making her the fastest-selling soprano of all time, Katherine Jenkins continued her meteoric rise to fame, with performances at the Rugby World Cup, at Buckingham Palace for The Queen, at the Nobel Peace Prize Concert in Oslo and iconic venues including Wembley Stadium and The Sydney Opera House.

Since becoming an international name, Katherine Jenkins has gone on to release 11 critically acclaimed studio albums, perform for the troops in Afghanistan, receive the Order of the British Empire (OBE) and numerous music awards, solidifying herself as one of the world’s most prolific crossover artists. 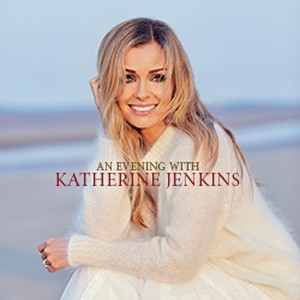