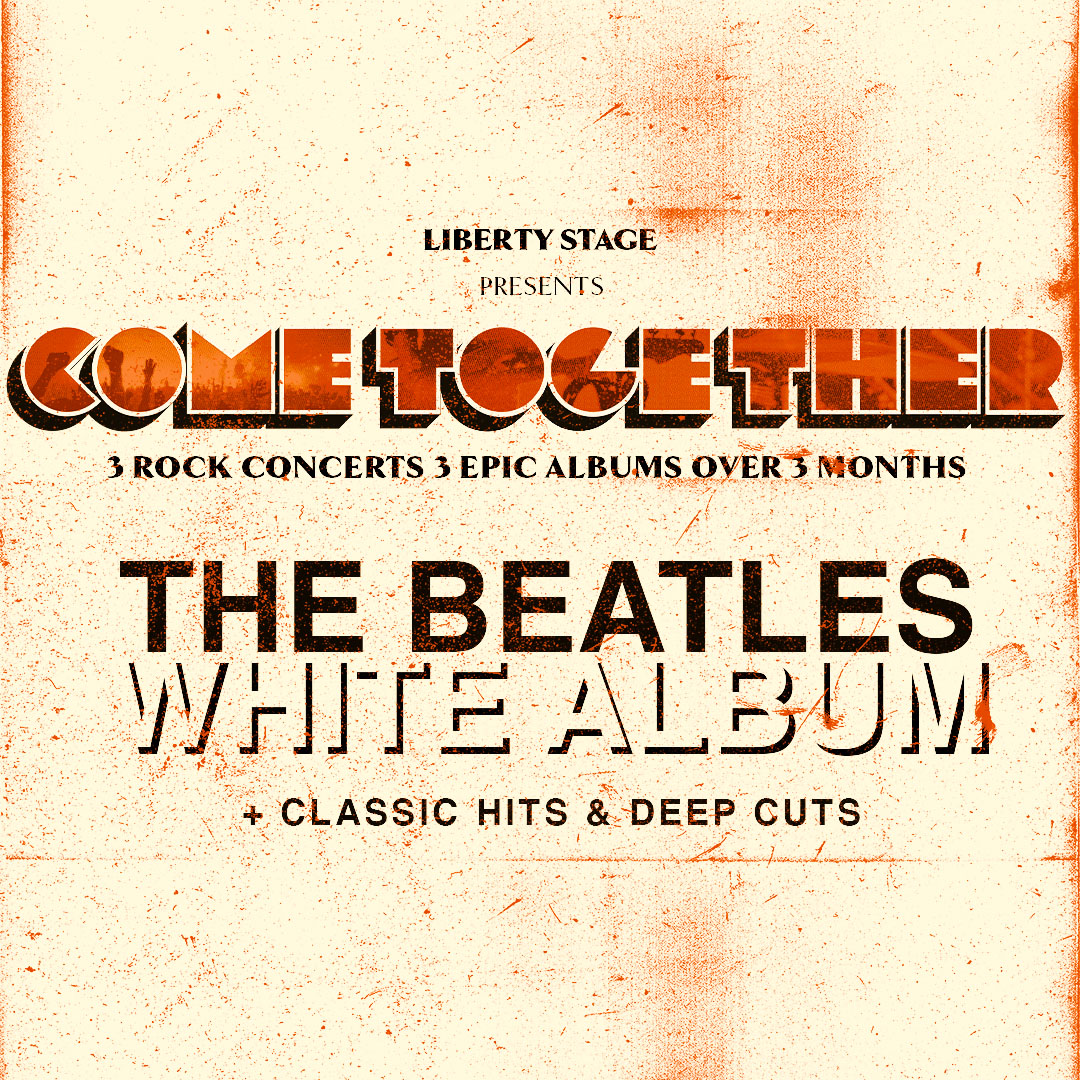 The last of album Come Together 2022 and critically regarded as one of the greatest albums of all time.

This Supergroup in various incarnations will perform the album live, in its entirety – back to back, track by track along with a bonus set of classics and deep cuts.

Released on the fifth anniversary of the assassination of US President John F . Kennedy, The Beatles’ White Album saw John Lennon, Paul McCartney, George Harrison and Ringo Starr create a a blueprint for the future of rock music as they began to splinter as a group.

With Brian Epstein dead, Lennon self-medicating with LSD, Yoko Ono’s presence a distraction and Starr temporarily leaving the band, it was an album where the Beatles’ washed their dirty laundry in the most public manner possible  – loudersound.com