With: Christchurch Symphony Orchestra and the New Zealand Opera Chorus

Subhead: Power is never given.  You must take it.

No one writes about the nature of power better than Shakespeare and to this Verdi brings an all-encompassing dramatic energy through his music. Be prepared for total theatre. This new production by Netia Jones, conducted by Christopher Franklin, features Phillip Rhodes and Amanda Echalaz in their international role debuts as Macbeth and Lady Macbeth. With a stellar cast of kiwi talent including Wade Kernot, Jared Holt, Emmanuel Fonoti-Fuimaono, Morag Atchison and the New Zealand Opera Chorus. Sung in Italian with English surtitles. 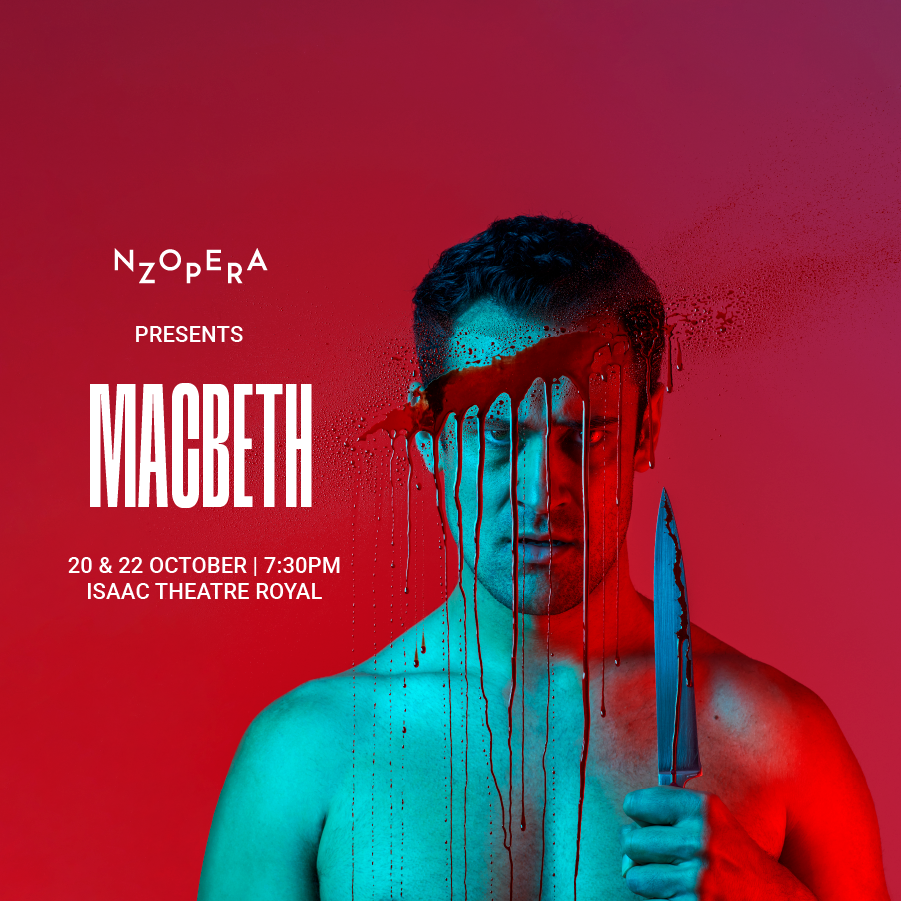