Please read the message below from Reb…

We’re in this together folks.

I LOVE live music; performing, the mosh pits, the eclectic venues, the camaraderie, the transformative experience WE share when we come together. The band and I can’t wait to bring IRIS to you all – in order to do that large events have to be viable and your safety and wellbeing has got to be at the fore . . . so we’re moving our album release tour to February 2022.  All tickets will remain valid and the good news is further seats have opened up so don’t despair it’s not sold out quite yet.  I love you and miss you and am so looking forward to seeing you there

REB FOUNTAIN is back with a new tour! The award-winning songwriter is bringing her new album IRIS to iconic New Zealand venues in Christchurch, Dunedin, Wellington and Auckland this November/December.

With a raft of sold out shows under her belt, Reb and band – including Dave Khan, Earl Robertson, and Karin Canzek – have been astounding audiences around the country.  From touring with Crowded House, to winning the 2021 Taite Music Prize, to knocking it out of the park at the Flying Nun 40th Anniversary gala, Reb Fountain is a rising star. Renowned for her spell-binding live performances, Reb’s IRIS tour is a show you don’t want to miss.

In May 2020, Reb Fountain released her self-titled album via New Zealand label Flying Nun Records to much critical acclaim. Reb Fountain won the 2021 Taite Music Prize, was shortlisted for the Silver Scroll Award for her song ‘Don’t You Know Who I Am’, and the album Reb Fountain was nominated for five New Zealand Music Awards.

Award-winning songwriter, Reb Fountain, is a consummate recording artist and performer; spell-bounding audiences with her music and artistry alike. Throughout 2020, Reb and her all-star band astounded audiences around the country on her sold out album release tour, joined Crowded House on their 13 date ‘To The Island Tour’, performed at Splore, and honoured the great Nick Cave at the sold out Auckland Town Hall shows ‘The Boy Next Door’.

Book your passage, and join Reb Fountain and band for these exclusive performances, premiering her highly anticipated new album IRIS along with other favourite material from her award winning self-titled album. 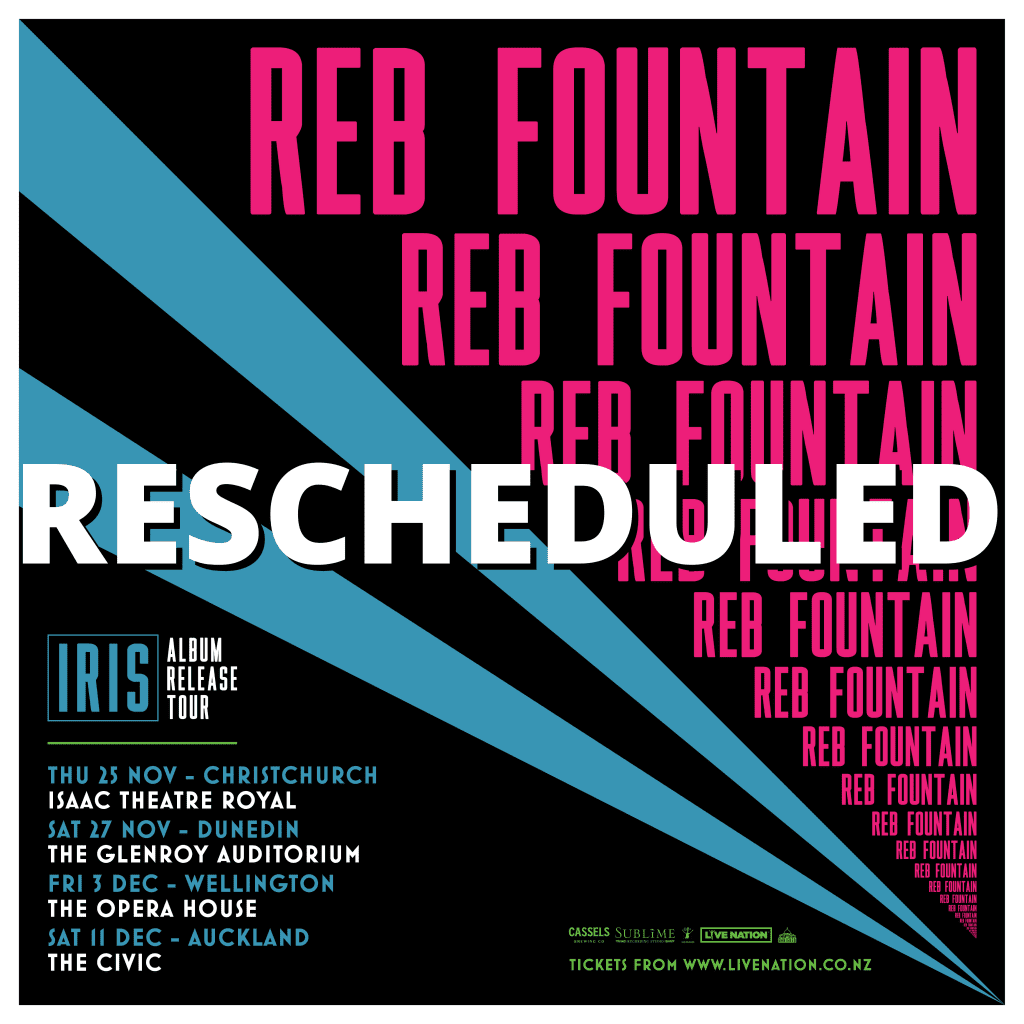