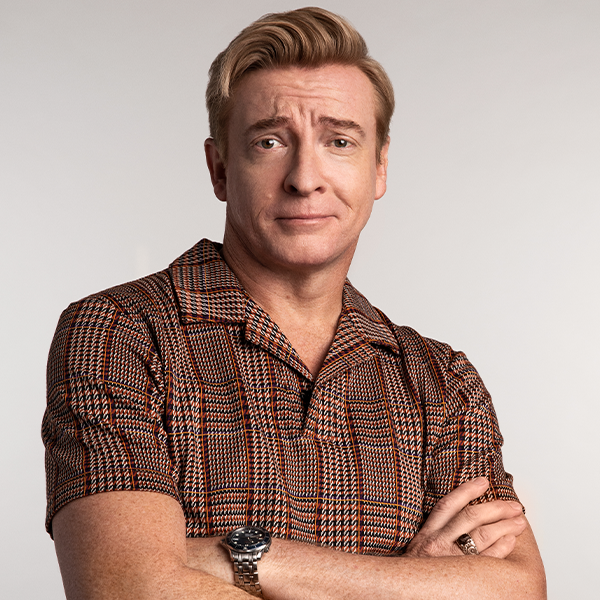 2022 marks Rhys Darby’s silver jubilee in standup comedy, so he has been taking a look at all his favourite material for the past quarter century. Rhys will be bringing this retrospective show to Aotearoa NZ this winter for 3 shows only.

When asked about it Rhys said, “you’ve seen my standup, now see it again!”

Darby is one of NZ’s most successful comedy exports. Starting in Christchurch in the 90s, he has performed his unique style of storytelling all over the world. Ten years into his career North American discovered him via Flight of the Conchords. He has starred in blockbusters like the Jumanji franchise, indy hits like Hunt fo the Wilderpeople and is currently starring in Our Flag Means Death with long time collaborator Taika Waititi.

Darby is never far from his standup roots. He has released five comedy specials and this show will draw from all five of them. In addition to standup and acting, he has also written four books, This Way to Spaceship, a loosely autobiographical novel, and three kids books about his alter ego Buttons McGinty. He also has a regular podcast, The Cryptid Factor which is all about cryptozoology, the science of hidden animals.

Darby has not toured NZ in the past 5 years so he is extra excited to tread the boards again.