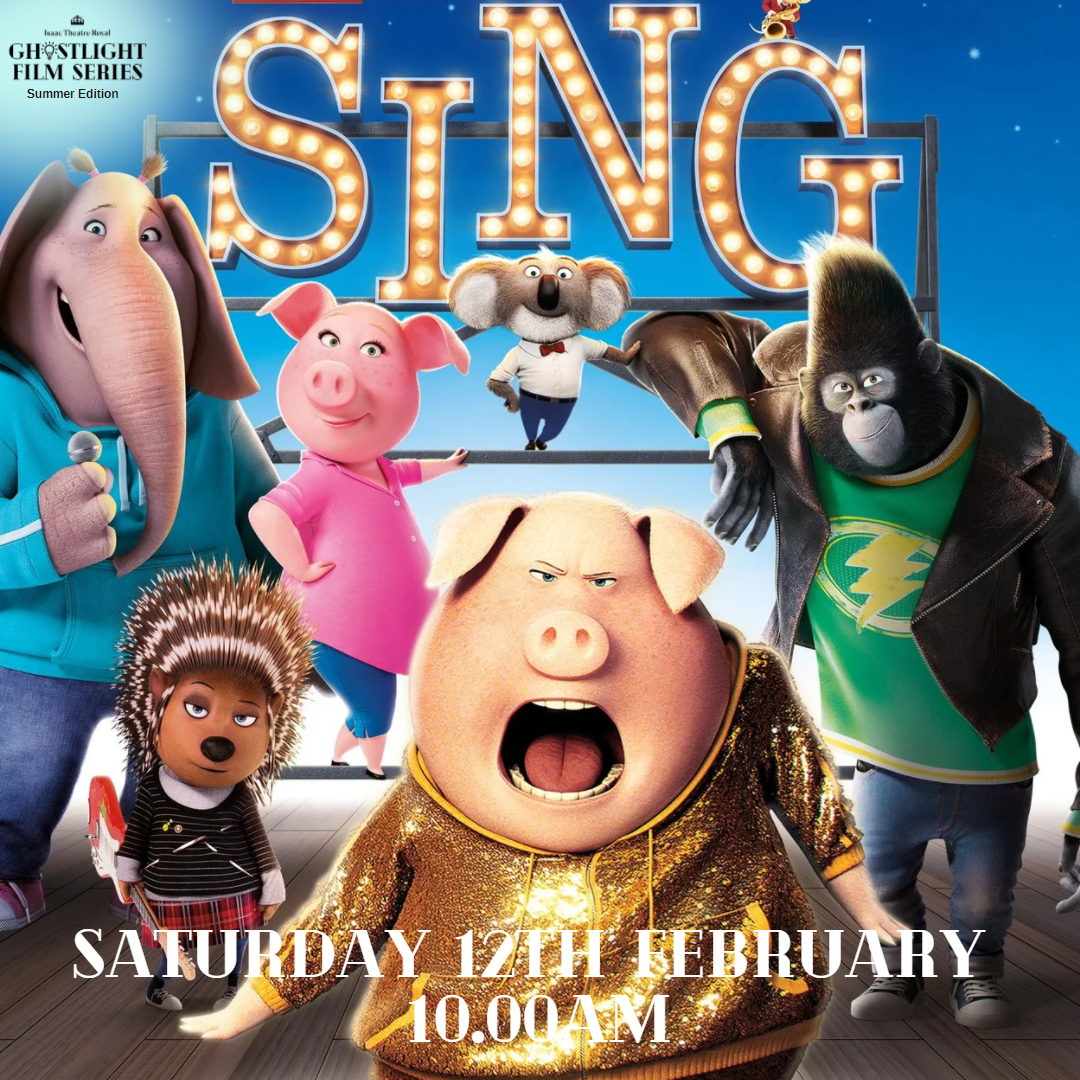 Join this star-studded cast of animals as they take part in a singing competition created by Buster Moon, a struggling koala theatre owner, who is trying to save his theatre and livelihood from going under.

From the creators of Despicable Me, this animation has an incredible voice cast including, Matthew McConaughey; Reese Witherspoon; Seth McFarlane; Scarlett Johansson; John C. Reilly; Taron Egerton; Tori Kelly; and Jennifer Saunders, singing over 60 songs, including the original song ‘Faith’ from Stevie Wonder and Ariana Grande, which was nominated for Golden Globe.

Bring the whole family along and SING your hearts out!