Steffany Beck is a Christchurch based singer-songwriter known for her powerful, unique voice and heartfelt songs. This blue-eyed beauty recently released her debut EP Blue eyed girl, won a national song writing competition for her original song I have a Dream, performed live with New Zealand music royalty Jason Kerrison and wrote songs with the iconic Bic Runga.

Returning for her second time performing at the Made in Canterbury Festival Steffany will perform a special premiere of her upcoming new music live for the first time with a full Band.

Her heart tugging country pop songs will get you singing along as she takes you for a ride through storytelling, original music, and favourite cover tunes with a sound comparable to country Taylor Swift meets Alanis Morissette in a Country Rock Fusion. 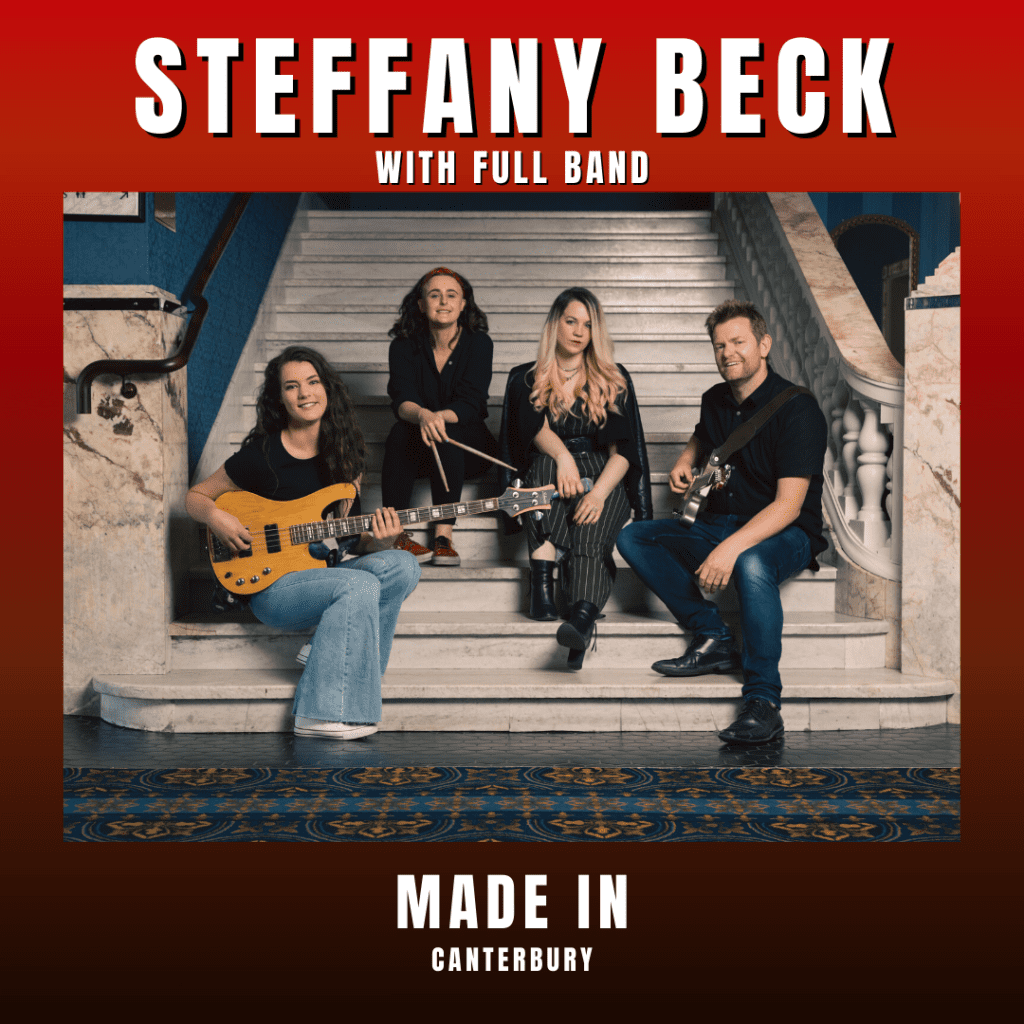