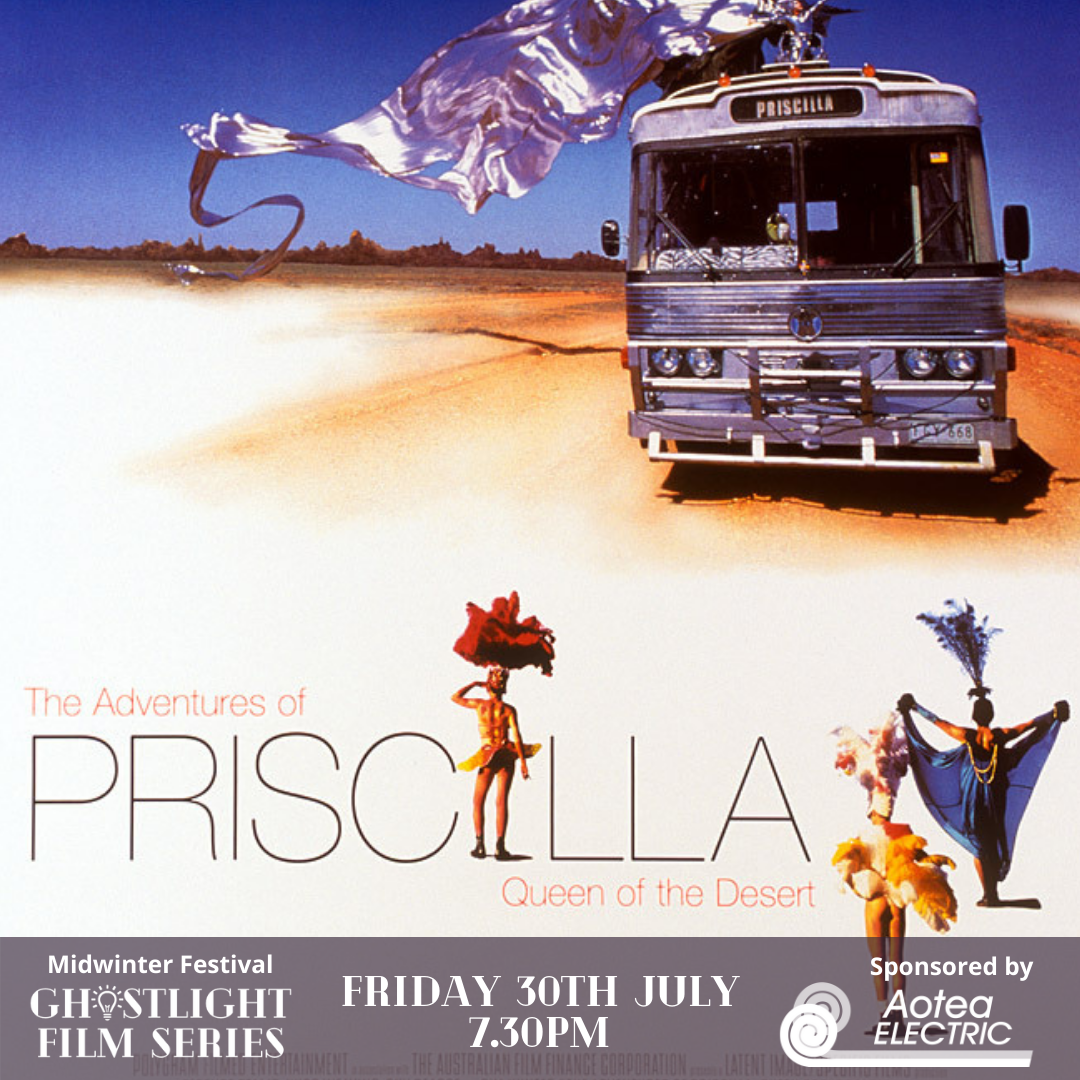 It’s the Australian film that blitzed overseas box offices. It caused a near riot at the Cannes Film Festival. It won an Academy Award®. It’s fun, daring, over-the-top and unforgettable!

Two drag-queens (Anthony/Mitzi and Adam/Felicia) and a transgender woman (Bernadette) contract to perform a drag show at a resort in Alice Springs, a resort town in the remote Australian desert. They set out for a four-week run at the casino in a large tour bus, which Adam christens “Priscilla, Queen of the Desert”.

En route, they meet a variety of characters, experiencing both welcoming and, unfortunately, less accepting attitudes, having to deal with homophobic abuse, violence, and vandalism to Priscilla.

Despite everything, together they fulfill a long-held dream of Adam’s / Felicia’s to climb Kings Canyon in full drag regalia.

This award winning cult classic is not be missed!