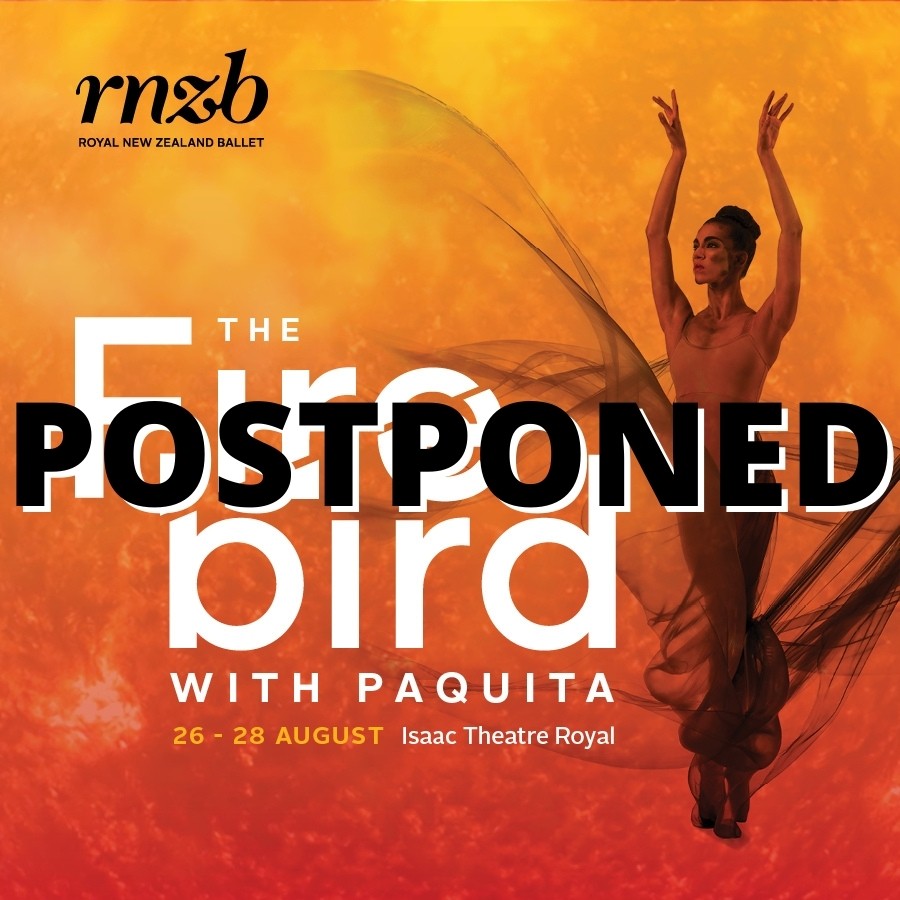 Following the Government update on Friday 20 August, the Royal New Zealand Ballet is postponing scheduled performances and events in Christchurch this week (26 – 28 August). It will not be possible for the company to stage any performances or public events until Aotearoa returns to Level One Covid-19 restrictions.

The company is currently talking with the Isaac Theatre Royal regarding dates for rescheduling and will update ticket holders as soon as possible.

Ticket holders should retain their tickets for transfer into a rescheduled performance. Should it not be possible to attend on rescheduled dates, or if performances have to be cancelled, a full refund will be available in line with the RNZB’s Covid-19 ticketing policy.

The RNZB takes the continued health and well-being of all audience members, artists and staff very seriously. While the company will miss performing this week as planned, they look forward to returning to stages later in the spring, and in the mean-time, connecting with arts lovers of all ages through the Live In Your Living Room broadcasts.

Following the triumph of his Hansel & Gretel in 2019, the Royal New Zealand Ballet is delighted to commission a new work by Choreographer in Residence Loughlan Prior for 2021.

The Firebird, first staged in Paris in 1910, changed the direction of ballet. The spine-tingling grandeur of Stravinsky’s iconic score, combining sinuous melodies spiked with orientalism and shimmering orchestration, created an exotic fairy tale universe full of wild enchantment that was worlds away from the classics of Russian ballet.

Generations of choreographers, from Michel Fokine, George Balanchine and Jerome Robbins to Alexei Ratmansky, have been inspired by the elemental power of Stravinsky’s music, and by the Firebird herself – a timeless, untameable force, and a bringer of change, hope and rebirth.

Loughlan Prior and Tracy Grant Lord have reimagined The Firebird for a different time: one in which the natural world is threatened and humanity is staring into the abyss of extinction. Captured, the Firebird offers the possibility of redemption, if only humankind are brave enough to follow her path. Like the phoenix, humanity can rise from the ashes and forge a new world.

The Firebird is paired with Paquita, a dazzling romp through highlights of the 19th century Russian classic beloved by ballet stars including Anna Pavlova, Rudolf Nureyev and Natalia Makarova. The dancers’ classical technique will take centre stage, with sparkling tutus, fleet footwork, soaring leaps, turns like spinning tops and a finale to leave the audience as breathless – and exhilarated – as the dancers themselves.