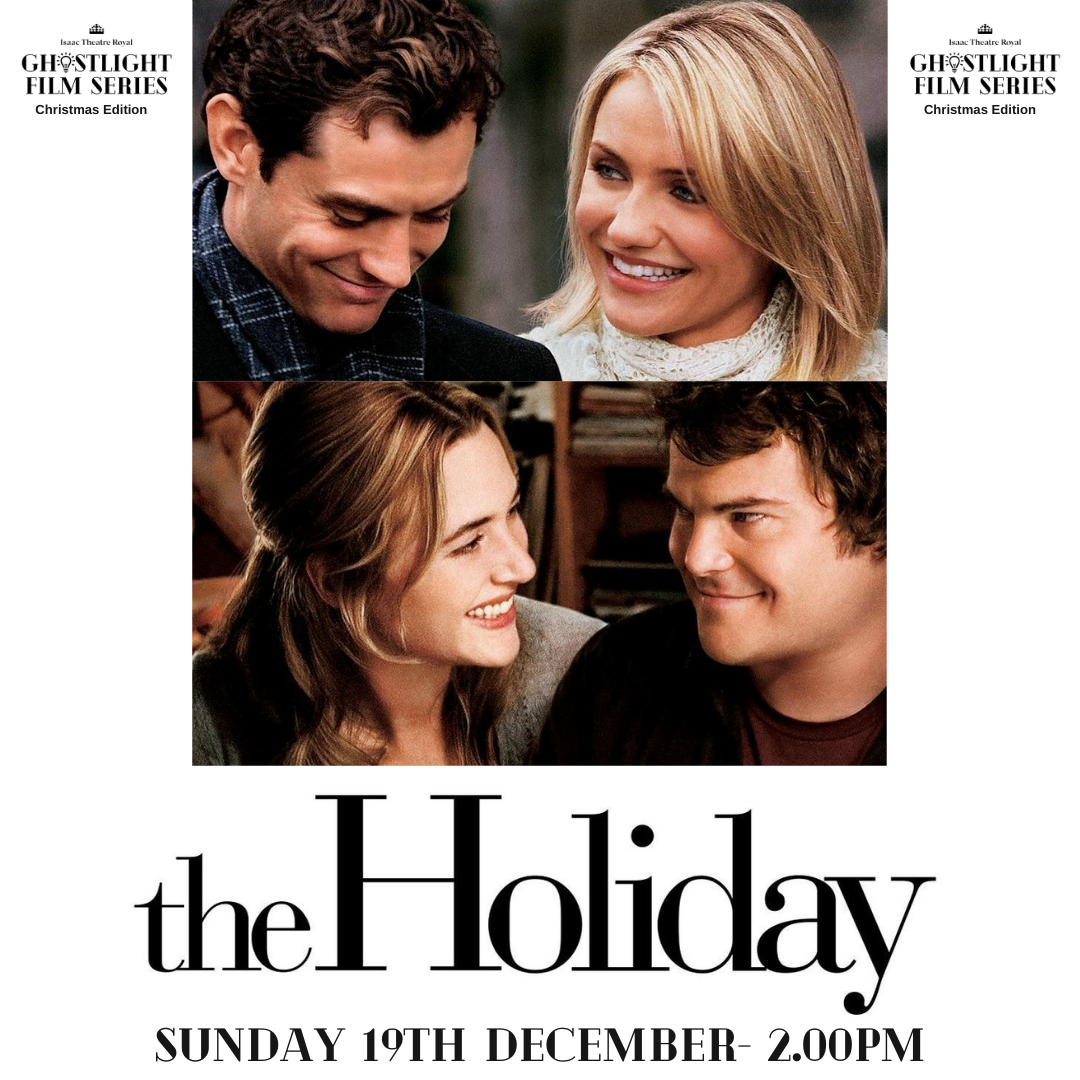 The silly season is upon us, and what better way to get into the Christmas spirit than joining us at The Isaac Theatre Royal for our Ghostlight Films: Christmas Edition. Our sixth screening is… The Holiday!

Featuring an all-star cast and directed by Nancy Meyers.

The Holiday is a 2006 romantic comedy film written, produced and directed by Nancy Meyers.

Co-produced by Bruce A. Block, it was filmed in both California and England, and stars Kate Winslet and Cameron Diaz as Iris and Amanda, two lovelorn women from opposite sides of the Atlantic Ocean, who arrange a home exchange to escape heartbreak during the Christmas and holiday season.