The silly season is upon us, and what better way to get into the Christmas spirit than joining us at The Isaac Theatre Royal for our Ghostlight Films: Christmas Edition. Our second filmed being screened is The Nightmare Before Christmas.

It tells the story of Jack Skellington, the King of “Halloween Town” who stumbles upon “Christmas Town” and becomes obsessed with celebrating the holiday. Danny Elfman wrote the songs and score and provided the singing voice of Jack.

The Nightmare Before Christmas originated in a poem written by Burton in 1982 while he was working as an animator at Walt Disney Productions. With the success of Vincent in the same year, Burton began to consider developing The Nightmare Before Christmas as either a short film or 30-minute television special to no avail. Over the years, Burton’s thoughts regularly returned to the project and in 1990, he made a development deal with Walt Disney Studios. 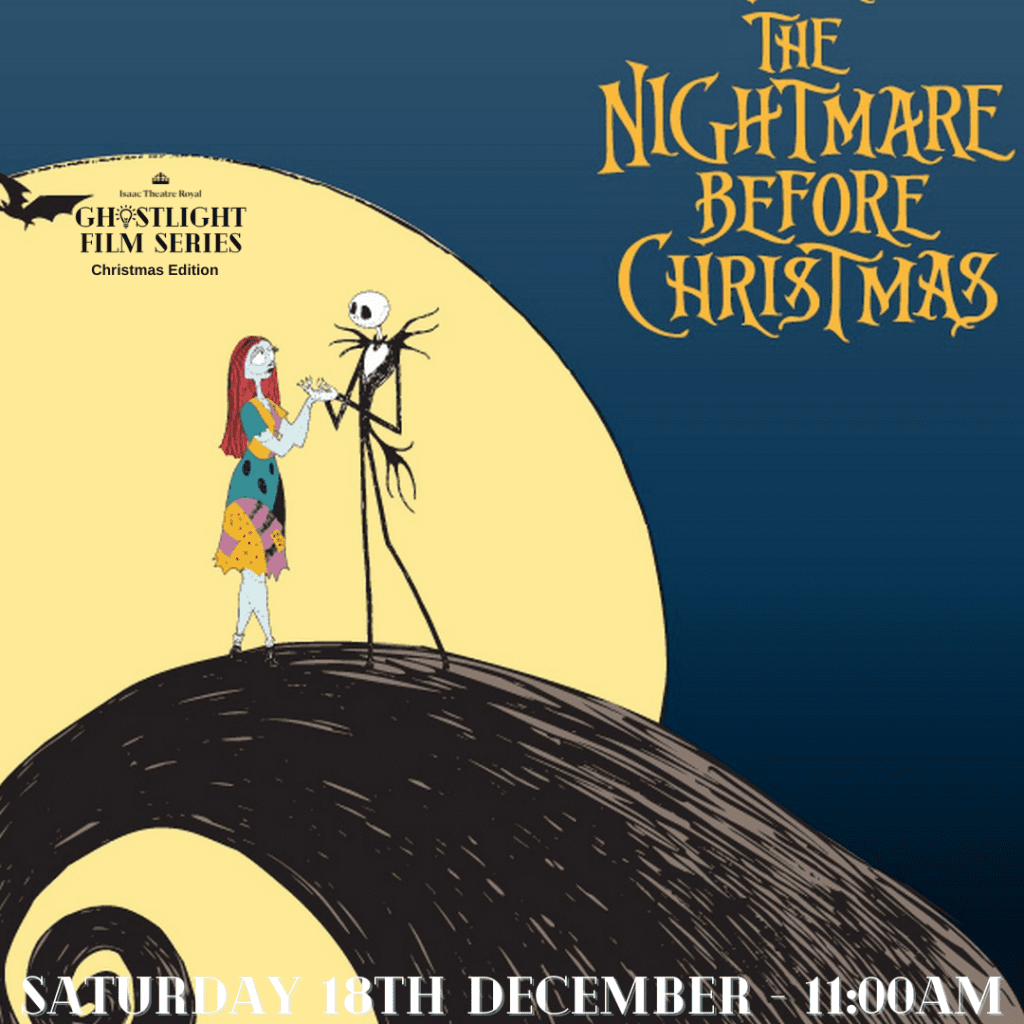