NEW DATE:  Due to the continued uncertainty around Covid-19, the Showbiz Board and Christchurch Musical Theatre Education Trust (CMTET) have made the difficult decision to further postpone the production of My Fair Lady which we had provisionally planned for September 2020. We are hopeful to be able to stage the show early in 2021.

The cherished story of Cockney flower seller Eliza Doolittle (played originally by Julie Andrews) and pompous linguistics professor Henry Higgins, who wagers he can transform the street-smart girl from the East End gutters into a proper Edwardian society lady. But who is really transforming whom?

This clash of class, intellect and personalities sparks some of musical theatre’s wittiest banter and memorable songs including ‘Wouldn’t It Be Loverly?’, ‘The Rain in Spain’, ‘On the Street Where You Live’, ‘I Could Have Danced All Night’, and ‘Get Me to the Church on Time’.

When My Fair Lady was first performed in Christchurch in 1962, it set the record at the Theatre Royal, running for 171 performances to an audience of 200,000.

The 60th Anniversary of My Fair Lady was celebrated in 2016 with a production directed by Julie Andrews. A Broadway revival followed in 2018 and received a Tony Awards nomination, and won three awards for “Outstanding Revival of a Musical”.

Showbiz Christchurch is delighted to bring a stunning new production of this “musical of all musicals” back to Christchurch in 2020. 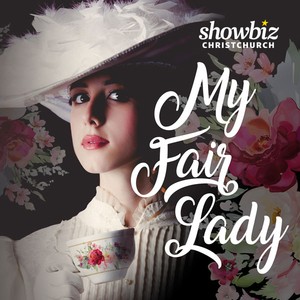